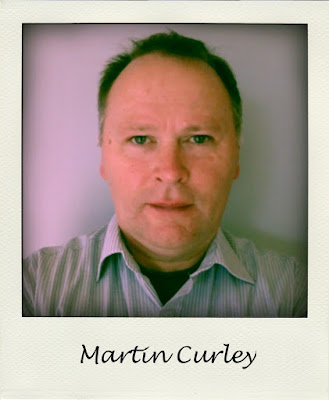 Background:
Martin Curley is a native of Guilka, Menlough in east Co Galway. As a teenager he began to start handwriting his family tree but this was limited due to the lack of access to records. His interest was revived when he emigrated to the US and met family on both paternal and maternal sides in New York, New Jersey, and Salem, Massachusetts.

He began to start compiling other families' trees when living in Liverpool, England with much success and gave him an idea to consider working full time in genealogy. Returning to Ireland in August 2013 he started his own business in Genealogy and Heritage, working with schools delivering workshops and with families in researching their long lost cousins.

Hod did he get involved in Genetic Genealogy?
DNA tests became popular in 2015 and Martin was at the forefront in east Galway in getting people to test. A successful family history project in Ballygar in 2016 was augmented by parents doing a DNA test. This led to the start of a FB group in 2016 for the area and currently this has several hundred members scattered throughout the world, all with roots in Ballygar.

Other parish and area Facebook groups were started in 2017 which replicated the success of the Ballygar group. In 2016 he started the Mannion DNA Facebook group which has 500 members and with over 300 DNA profiles. This has been a successful complement to the Mannion Gathering which has now become an annual event.

He has published articles about some of the success stories including the re connection of cousins, descendants of an Orphan Girl, Ellen Hansberry, who was given assisted passage to Australia in 1852 whom he reunited with their Irish cousins as part of a project featured in RTE's Nationwide in May and August 2018.

Currently he is working on the Cusack family of Newbridge Galway whose most famous descendants are Joan & John Cusack as well as the Mannion family of Senator Tim Kaine of Virginia, US Vice President Candidate in 2016.

He is also kept busy with delivering workshops in schools in Galway, Roscommon and Mayo and assisting people in analysing their DNA results as well as tracing their family roots.

So what will he be talking about?
Martin will be discussing the North East Galway DNA Project. This project is open to everyone with Galway ancestry and encourages people to share their autosomal DNA data via Gedmatch so that connections can be made. The project is centred around the Galway Genealogy DNA group on Facebook but there are a number of subgroups that focus on particular areas of northeast Galway, including the following:


Martin will discuss how the combination of Gedmatch and Facebook is helping people reconnect with their Galway roots.

Furthermore, the lessons learnt from this project willl have direct applicability to similar projects both within Ireland and globally.

Where can you find more information about Martin?

Martin is a Heritage Expert with the Heritage Council and provides services to local schools ... http://www.heritageinschools.ie/heritage-expert/profile/martin-curley

Read about Martin's work as a genealogist on the Mountbellew Workhouse Orphan's project ... https://connachttribune.ie/lost-story-galways-orphans-110/