The good news is that, once again, Gerard Corcoran (ISOGG Ireland Representative) has organized a fantastic agenda for our traditional ISOGG Day Out on the Sunday after the conference (i.e. Sunday Oct 20th). And this year we are featuring Epic Ireland and a Historic Walking Tour of Dublin.

The bad news is that all the places have been taken (GGI speakers and volunteers on the FTDNA stand always get first pick). And as we have a lot of international speakers this year, all the available places were snapped up.

However, if you wish to pay your own way, please feel free to join us. The agenda is below and you will need to book in advance if you want to be with or near the main group for lunch or dinner or the afternoon walk.

There may be some future changes to the agenda (due to unforeseen circumstances) but such changes are not currently anticipated.

10:00 Assemble at the reception of EPIC Ireland in the CHQ Building. EPIC Ireland is the Museum of the Irish Diaspora and has won multiple awards for their inspiring exhibition. 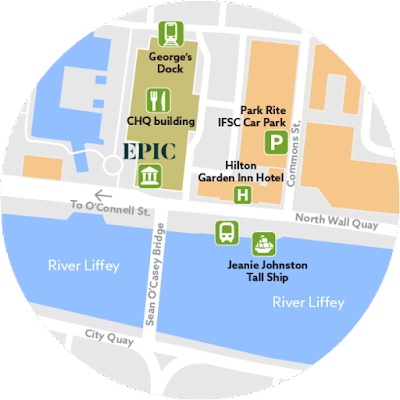 If you want to visit the museum on the same day as the ISOGG Day Out, there are two-for-one tickets available via Ireland Reaching Out (Ireland XO) - just click here to register. 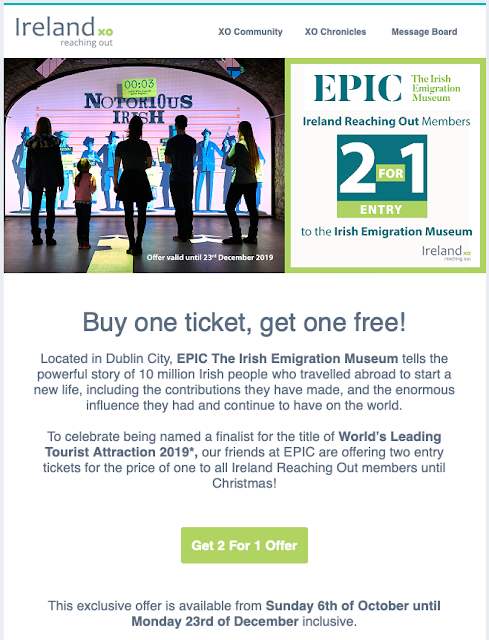 The Irish Family History Centre is located in the same building and offers a range of services to help you with your Irish genealogical research. There is also a gift shop for any momentous you might want to bring home.


12:30 Lunch at the Urban Brewery, downstairs at the CHQ Building 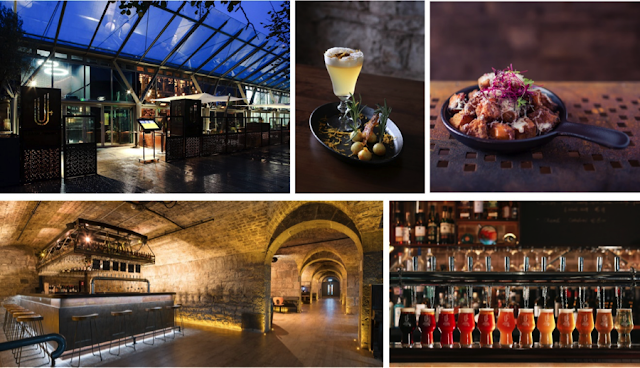 We will walk off our lunch on one of Pat Liddy's famous Walking Tours of Historic Dublin. 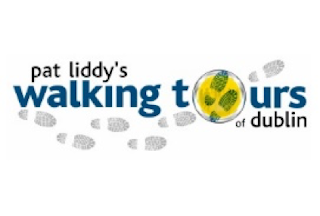 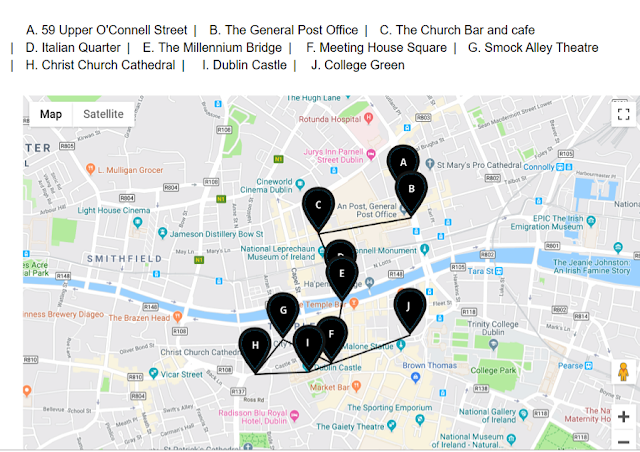 
EVENING PROGRAMME (open to everyone) 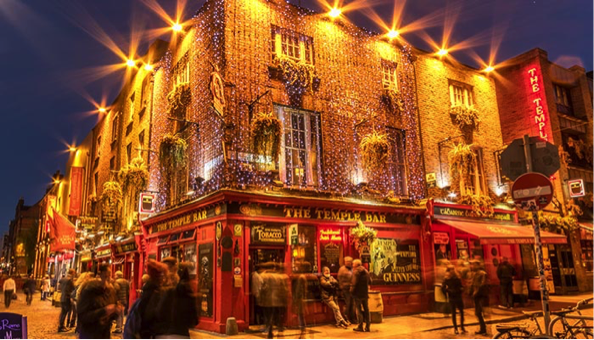 And a very sincere thank you to our sponsors for the ISOGG Day Out 2019 ... 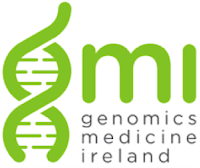 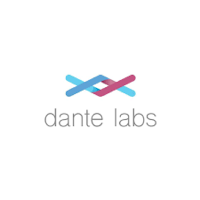 Posted by Maurice Gleeson at 10:22 No comments:

Growing up in the Highlands of Scotland, I became interested in the ancient history of the megalithic monuments that surrounded me, and the people that built them. Following degrees in St. Andrews and Manchester, I took my PhD in Keele, and have been a post-doctoral researcher in Manchester for the last decade. I now hold an Honorary Fellowship in Genealogical, Palaeographic and Heraldic Studies at the University of Strathclyde's Centre for Lifelong Learning.

By day, I'm an astrophysicist. I look for new planets around other stars, and try to identify what they're made of and how they are evolving. I also look into the death of stars, and how they seed the cosmos with the element needed for life. My day is mostly spent staring at computers, programming and extracting statistics for the papers I'm writing. However, for a few weeks a year, I get to jet off to exotic locations, spending nights on remote mountaintops, looking at the stars with some of the most advanced technology mankind has created.

What do you do as a Night Job?

By night, I'm a genetic genealogist. I've specialised in using the statistical knowledge from my day job to piece together the timings and migration patterns of family histories. Most of my time is spent as administrator for the R-U106 group, helping organise research into this large haplogroup (nearly 5000 members) and unravel how its families descend through 5000 years of mostly unrecorded history. I also help co-administrate the even larger Scottish Y-DNA project. Most of my time is spent working with individual testers, but I'm trying to find more time to work on my programming.

Our McDonald family (originally Donald) had an oral tradition of descending from Banffshire that my father wanted to unravel and see if we were descended from the Lords of the Isles. We started researching this side of our family about 15 years ago, and traced back to a 1791 marriage in Aberdeenshire, where the trail ran cold. While researching my other lines was interesting, I always returned to try to unpick my Donald line. Eventually, this involved piecing together several thousand Donald individuals from more than 100 different families across the north-east of Scotland. I still didn't get any further forward with my brick wall, but I learned a lot about the history of the area and areas where the family name was common.

Y-DNA testing offered a fresh opportunity to research the origins of my Donald line, and I took my first test over 10 years ago. By comparing my Y-DNA to the Clan Chiefs, we found we weren't descended from Donald himself. I found myself part of the R-U106 group shortly after its foundation, and realised that no-one really had the expertise to tell me what my results meant: if I wasn't from the Clan Donald, where was I from? So I taught myself genetic genealogy and learned the statistics I needed to deduce my origins from another physicist-cum-geneticist (Ken Nordvedt). From there, I built my way up to performing age estimation (TMRCAs) and migration analyses for the R-U106 group, eventually becoming one of its administrators. I've helped many people, including noble families, royalty, and provided input to the RTE1 programme "John Connors – The Travellers". More recently, I've started to invent new statistical tools to make these estimations more accurate, and working with others in the field and Family Tree DNA directly to try and spread this knowledge more widely. I do some small amount of teaching as part of my role at Strathclyde, and we have just published a book: "Tracing your ancestors using DNA: a guide for family historians".

The Big Y-700 test provides a new frontier in Y-DNA testing options. I will discuss the details of this test and what you can expect to find from it. I will focus on the ability to determine ages of Y-DNA haplogroups and how this translates into the ability to trace our ancestors' migrations from the most ancient times, down to the histories of individual surnames, and how these can be merged into times probed by autosomal DNA results.

Where can people get more information about you and the work you do?

Anyone wanting to know more can see my website: http://www.jb.man.ac.uk/~mcdonald/ where you can also find information on how to get in touch with my directly.


Posted by Maurice Gleeson at 19:25 No comments:

Talk Title: The tools at DNAGedcom and Genetic.Family

I am a software developer for manufacturing software used by Department of Defence contractors. We create tools to help facilitate building and tracking parts for nuclear submarines as well as missile systems.

What do you do as a Night Job?

I am the CTO of DNAGedcom. I act as lead developer for Genetic.Family, and work to direct us as we move forward innovating technology for the genealogy community.

Rob Warthen dragged me in kicking and screaming. I worked with him at a previous job, and he wanted some help with DNAGedcom. After helping build out some tools, I attended my first genealogy conference in November of 2018. The great community and the amount of help we can give to people searching for their family just feels important to me.

To be quite honest, I am still learning. I am figuring out the technical side, but I spend my time learning from questions others ask in various forums, and the answers they get. I am a data analyst at heart, so I am here to give my expertise to help people organize and catalogue the massive amount of tiny clues they get into more meaningful data that they can actually use. I have not really done any of my own genealogy – I am purely driven by the community.

DNAGedcom has been around since 2011, but there have been a lot of changes recently there. Join us for a review of the changes over the last year, including new announcements first seen at Genetic Genealogy Ireland. In addition, learn how Genetic.Family will help you work within and across all your DNA Companies.

Where can people get more information about you and the work you do?

Posted by Maurice Gleeson at 13:45 No comments: