We have a great line-up of speakers for GGI2016, which once again is kindly sponsored by FamilyTreeDNA and organised by volunteers from ISOGG, the International Society of Genetic Genealogy.  Below is the final schedule.

This is the fourth year of Genetic Genealogy Ireland. We have 21 speakers and 21 presentations, making this the joint largest genetic genealogy conference in the world (along with WDYTYA in the UK).

This year's theme is:

And this theme is very much in line with all the 1916 / 2016 activities that have been going on in Ireland all year to mark the centenary of the Easter Rising and the continued Irish involvement in World War One. We are now in a decade of centenaries in Ireland, starting with the Dublin Lockout of 1913 and culminating with the emergence of modern Ireland as a Free State in 1922.

Several of the presentations speak directly to the theme. Jens Carlsson from University College Dublin will be talking about the amazing journey he took in helping to identify the remains of Thomas Kent, one of the 1916 rebels who was executed and buried in Cork Prison. Jens will discuss how the techniques he used have revolutionised the field of genetic archeology. Maurice Gleeson will discuss recent cases of how DNA can be used to help in the identification of soldiers who were killed in World War One and whose remains continue to be found on a regular basis in northern France. Many Irish names figure among those that have been identified.

We have a range of talks for beginners (from seasoned professionals Katherine Borges, Linda Magellan, and Michelle Leonard) as well as talks focussing on how to interpret your DNA results and use them to greatest effect (Diahan Southard, Jennifer Zinck, John Cleary, Debbie Kennett). There is a special focus this year on autosomal DNA test results with several tantalising case studies from Paddy Waldron and Diahan Southard (the latter relating to an adoption mystery).

We also have the pleasure of welcoming a host of international speakers. Peter Sjoland from Sweden will be exploring the genetic links between Ireland and Scandinavia. Peter runs the Swedish DNA Project which has over 4000 members and so is one of the largest geographic DNA projects in FamilyTreeDNA's database. Dennis Wright and Dennis O'Brien are coming all the way from Australia and will be discussing the DNA of the Dál gCais, one of Ireland's most influential dynasties. This in turn gave rise to many of today's Irish clans, including the O'Brien's, whose famous ancestors included Brian Boru, High King of Ireland up to the Battle of Clontarf in 1014. Keeping with the theme of the old Gaelic Clans, Maurice Gleeson will be discussing the trials & tribulations of trying to tie in Surname Project DNA results to what is written in the Ancient Irish Genealogies.

There is also an increased focus this year on Y-DNA SNP markers and what the "SNP Tsunami" of recent years is finally beginning to reveal. Robert Casey & John Cleary will be tackling this topic and discussing the promise this area holds for the future of surname studies, human migration studies, and population genetics.

There are two presentations on "Ancient DNA" that will draw a particularly large crowd. Professor Dan Bradley hinted last year that there would be new developments in this field of particular interest to Ireland and in December last year a paper was published in Proceedings of the National Academy of Sciences which reported on his team's genetic analysis of four ancient Irish humans dating back as far as 5200 years ago. Dan will be talking about these recent findings and perhaps giving us a glimpse of what we might expect in the next few years as more ancient Irish remains are analysed.

Complementing this presentation will be a dual presentation on the fascinating Barrymore Project. Jim Barry is the first person to undertake a private ancient DNA project in Ireland. His quest to identify the ancient remains of the Earls of Barrymore is a fascinating tale of challenges and discoveries. Jim will be sharing this presentation with René Gapert, a forensic anthropologist, who supervised the recovery of human remains discovered in the Barrymore mausoleum. This project will pave the way for similar "citizen science" projects in Ireland and elsewhere, and may become the template for such future research.

Another tag team of presenters is Ann Marie Coghlan and Maggie Lyttle, both of whom are heavily involved in the running of Family History Societies, Ann Marie in Cork and Maggie in Ballymena. Both of them have introduced DNA testing to their respective societies and here they will tell us how it made a difference.

Last but not least, Ed Gilbert will give us an update on the important and ever more interesting Irish DNA Atlas project. As more and more results come through, the mysterious contours of the genetic landscape of Ireland are beginning to emerge and paint a picture of how different historical migrations have left their indelible genetic marks.

Looking forward to seeing you all at GGI2016.

Email ThisBlogThis!Share to TwitterShare to FacebookShare to Pinterest
Labels: GGI2016 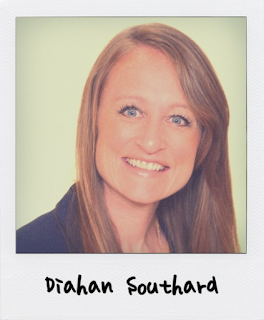 Background
A microbiology graduate, Diahan Southard has spent 15 years in the genetic genealogy industry. In her current position as Your DNA Guide, she provides personalized, interactive experiences to assist individuals and families in interpreting their genetic results in the context of their genealogical information.

She is also the author of DNA Quick Guides, producer of a video tutorial series, as well as a featured author for Family Tree Magazine and regular contributor to Your Genealogy Today.

How did you get into genealogy?
Can I just say divine providence? My high school English teacher advised all of us seniors to get involved in research as soon as we started college. So, I did. I walked into the Microbiology department at Brigham Young University and asked to see a list of research interests of the professors in the department. After a boring list including bacteria and viruses I saw “Arceogenetics” and I was hooked. I started immediately working for Dr. Scott Woodward on using DNA to investigate the origins of some ancient Egyptian burials. That project turned into the Sorenson Molecular Genealogy Foundation, the first genetic genealogy database effort.

I worked for SMGF and its sister companies, including Relative Genetics and GeneTree until SMGF was sold to Ancestry.com. With some, okay with A LOT of encouragement from friends and colleagues I spent about a year working with Ugo Perego as Your Genetic Genealogy Consultant, and then went out on my own as Your DNA Guide, where I now happily reside.

Tell us about your involvement with genetic genealogy
As mentioned above, I have been in genetic genealogy since it has been an industry. I have done it all, from the actual bench lab work, to the analysis, to the marketing, to the training of CEOs and CFOs who didn’t even know what DNA was.

I started lecturing and gathering blood samples for SMGF when I was still in college, traveling to wherever they would take me, and lugging home coolers full of blood, and folders full of pedigree charts. My passion is definitely teaching. At first I did it in the form of what we called VIP reports that we would create for influential people that we were trying to convince of the merits of the SMGF database effort. I created YDNA family reports for the early adopters of that technology – and I think those are still my favourite cases.

But I slowly learned that writing everything out on paper and handing it over still left people with questions. I am very much enjoying the one-on-one interactions that now form my consultation sessions, where we are live in real time and I can assess the level of need and understanding and adjust our conversation accordingly.

I still never tire of those “aha!” moments. It reassures me that anyone can learn this stuff!

What will you be talking about?
I will be covering two topics at this year's conference:

Five Tips To Make Sense of Your DNA Testing
At some point in the recent past you were convinced that DNA testing could help with your genealogy, so you went through with the testing. But now you are faced with confusing results and a long list of matches. This lecture will refresh your biology knowledge, create the foundation of genetic genealogy knowledge, and most importantly, cover basic to intermediate strategies on how to turn your list of cousins into ancestral discoveries. You will leave with a solid understand on how to start actually using your autosomal DNA testing in your genealogy. DNA is the universal language, and learning how to navigate the website where you are tested can help anyone make breakthroughs in their family history.

The Marriage of Genetics and Genealogy: A Case Study
My mom was adopted from an unwed mother’s home in Seattle, Washington. Come learn how we were able to use a combination of genetic and genealogical tools to connect with our biological family, and how it has affected our lives. Leave with concrete ideas on how to apply these same methods to your own personal genetic genealogy endeavors, weather you are looking for your father, or your 3X Great Grandfather.

What questions will you address during your presentation?


What DNA tests will be discussed – Y, mitochondrial, autosomal DNA? 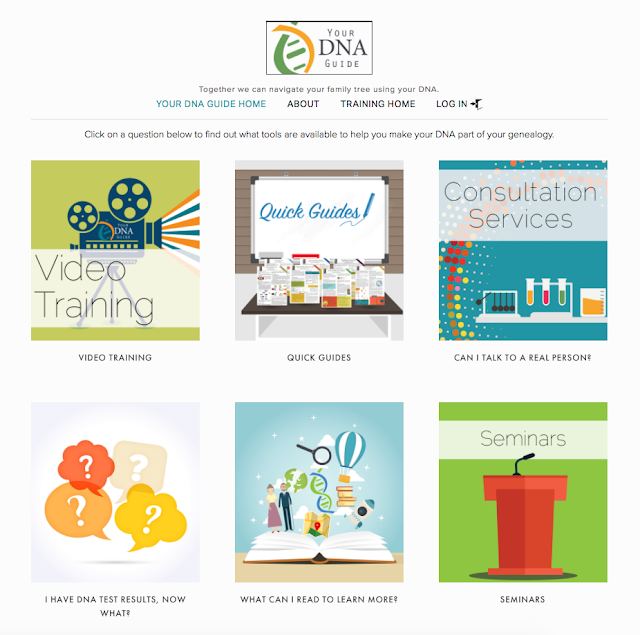 Posted by Maurice Gleeson at 17:09 No comments:

A brief overview of the Easter Rising 1916

If you are coming to Genetic Genealogy Ireland 2016, there will be many talks and tours around the centenary of the Easter Rising.

Irish politics and Irish history are not the easiest to understand at the best of times, but John D. Ruddy has put together a great little video that gives you the key facts about the Easter Rising in a very digestible fashion.

He has also created an excellent video on World War One, which serves as the backdrop to the Easter Rising.

Posted by Maurice Gleeson at 23:29 No comments: