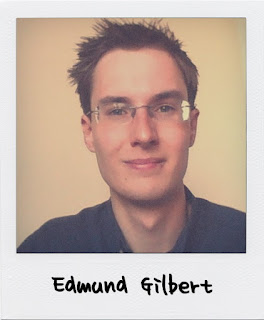 Degree - MSci in Biochemistry in Genetics

Day Job - Edmund is a PhD student at the RCSI

Night Job - Edmund is a PhD student at the RCSI - does he ever sleep!

How did he get into genealogy?

Edmund got into genealogy through his PhD. The Atlas collects genealogical information of its participants, which is the first direct exposure he had to genealogy. It being quite new, Edmund is always a bit amazed how well you can predict the county of origin for participants based on their ancestor’s surnames.

What about his involvement with genetic genealogy?

Edmund is a PhD student at the RCSI working on the analysis of the genetic data produced by the Irish DNA Atlas, a DNA cohort where they have genealogical information on each participant as well. Currently the Atlas is working on investigating the extent of population structure within Ireland as represented by the Atlas. Each participant has all eight of their great-grandparents from close areas so each participants’ DNA profile represent the picture of the genetic diversity found in those areas.

So what will Ed be talking about?

Edmund will be presenting the latest results of the Irish DNA Atlas project, which has used genome-wide autosomal genetic data to reveal a fine scale population structure within Ireland, and found genetic evidence of historical migrations into Ireland. The Atlas is being run as a collaboration between the Royal College of Surgeons in Ireland and the Genealogical Society of Ireland. This work has provided valuable information on the history of the Irish population and compares the genetic makeup of the Irish to that in neighbouring Britain, as well as mainland Europe. It also provides fresh insights into our understanding of the role of DNA in various diseases within Ireland.


What DNA tests will be discussed?

Ed has spoken at GGI for the past 3 years and has provided fascinating insights into the ongoing results of the project. Here is what he said about his first talk:

Edmund will be introducing the Irish DNA Atlas, what it is, the entry criteria for participants, and what the Alas aims to investigate. He will also be discussing the preliminary findings of the Atlas, what’s been found about, and the features of, Irish genetics compared to neighbouring British and European genetics. By investigating genetic population structure within Ireland we hope to contribute to our understanding of Irish history, and of groups within Ireland. The data produced at the moment is primarily based on autosomal genetic data, although the Atlas has contributed to a number of Y-Chromosome studies, of which the results relating to Irish Y-chromosomes will be briefly discussed.

There is a brief overview of the project on the website of the Genealogical Society of Ireland - http://www.familyhistory.ie/index.php/en/2012-04-22-23-12-47

The ISOGG Wiki has a summary and some useful links - http://www.isogg.org/wiki/Irish_DNA_Atlas_Project

Some early results were presented in summer 2015 at the National Library of Ireland and a podcast of the talk should be available soon ... http://www.nli.ie/en/list/current-events.aspx?article=c01a3a85-55d6-4e57-b21c-a9da07ed4ba2

Posted by Maurice Gleeson at 01:41