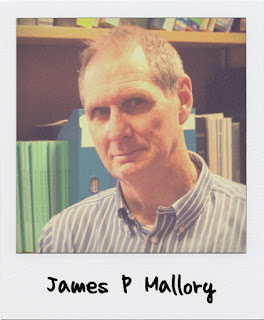 Title of your Presentation
Origins of the Irish


What do you do as a Day Job?
Retired but still keep active in research.


What do you do as a Night Job?
Same thing I do during the day.


How did you get into genealogy?
I inherited a family genealogy from a Grand Aunt Sadie (anyone who has roots going back to Kansas has an Aunt Sadie) and attempted to track it back further. Also, was invited and joined the Mallory surname project on FamilyTreeDNA. I also spent one Easter holiday dragging my three sons around northern England to visit the ancestral haunts of our family line.

Tell us about your involvement with genetic genealogy
My main interest is in tracing prehistoric migrations in Europe and assist, when requested, with ancient DNA researchers investigating population movement from western China to Ireland by providing both archaeological and linguistic backgrounds as well as sourcing suitable human bone samples.


What will you be talking about?
I will highlight and discuss further some of the major points of my Origins of the Irish, especially on how recent ancient DNA evidence impacts on both archaeological and linguistic models for the spread of a Celtic language to Ireland and the emergence of an Irish “identity”. While the new genetic evidence has provided major support for some traditional theories of Irish origins, it has also thrown up some major problems in our understanding of what happened in prehistoric Ireland.

Where can people get more information?

Posted by Maurice Gleeson at 23:55