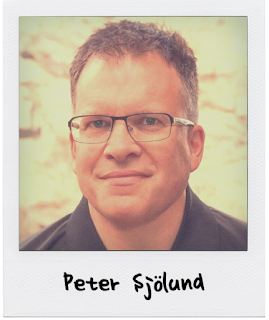 Affiliations
I am one of the founders of SSGG, the Swedish Society of Genetic Genealogy. Also a member of ISOGG.

What do you do as a Day Job?
I’m a professional Genetic Genealogist at the company DNA Academy, providing training, presentations and consultancy for genealogists. I am also an author, having written a handbook in genetic genealogy and a popular science book on the peopling of Sweden, spanning the past 11,000 years. I am a regular contributor to the Swedish genealogy magazines.

Before I did go 100% into genetic genealogy, I worked many years as a chemical management consultant.

What do you do as a Night Job?
When I’m not deep into mutations, DNA segments and church records, I have a family of four, 10 chickens and a farm house built in 1799 to care for.

How did you get into genealogy?
I have always been interested in local history and I love solving mysteries, so I got hooked on genealogy 30 years ago. My special interest is to dig out facts from really old records to investigate families and the local societies in the 17th and 16th Century. I have traced all my family lines back to at least the early 18th Century and many lines back to the 16th Century. But my curiosity makes me want to look even further back. Enter Genetic Genealogy!

Tell us about your involvement with genetic genealogy
With my background in Natural Sciences and my love for mystery-solving and family history, the field of genetic genealogy came as a God-send. I started out in 2010 with testing myself and my mother. Since then I have dug deeper and deeper into the fascinating world of DNA and genealogy. I have come to focus on the investigation of deep ancestry with the help of Y-DNA and mtDNA. This has led me to write a book on the peopling of Sweden, from when the ice melted 11,000 years ago up until today, based on DNA and archaeology. In my own family history, genetic genealogy has helped me to break through the brick wall of finding the ancestors of my GGGG Grandfather. In 2015 I and a group of genealogists founded SSGG, the Swedish Society of Genetic Genealogy, a society for promoting genetic genealogy in Sweden.

What will you be talking about?
My talk will focus on mitochondrial DNA (aka mtDNA).

Mitochondrial DNA, the DNA of your mother’s line, is often underrated by genealogists. We hear people saying "It’s not useful for genealogy" ... but nothing could be further from the truth! It just takes some knowing on how to use this hidden gem in your DNA. I will present success stories from Scandinavian genealogy to show you how to use mtDNA in your genealogy and how to find your prehistoric relatives.


Previous Presentations at Genetic Genealogy Ireland
At GGI2016, Peter gave an inspiring presentation entitled Viking DNA in Ireland. Do you have some and where did it come from? This talk certainly captured the imagination of the audience and has been viewed over 7000 times on YouTube (you can also watch the video below). Here is how Peter introduced his talk: One of the most common question we get in Sweden, from people living outside of Scandinavia, is “Do I have Viking DNA?” In Ireland and Scotland, many men indeed carry Y-chromosomes which arrived with the Vikings. I will talk about how you can know if your Y-DNA is of Scandinavian origin. I will trace the DNA of the Vikings back to different parts of Scandinavia and all the way back to when people first colonised Scandinavia at the end of the Ice Age.

Posted by Maurice Gleeson at 12:10