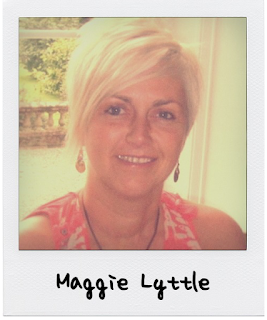 Affiliation: member of the NIFHS

What do you do as a Day Job?
Medically retired Police Officer

What do you do as a Night Job?
24/7 genealogist

How did you get into genealogy?
I was always interested in my family which became a hobby back when I was a teenager (many moons ago). I recall sitting down with my mum and a blank A4 sheet of paper and drawing out our family tree. It was my own curiosity, wanting to know my roots. So that was that, completely hooked on finding out more information who they were, where did they live, what life was like for them growing up in Ireland and where they came from in generations past. My only regret was not starting sooner and asking my elderly relatives. My parents would say these names of people when I was young and I never thought then to ask about them. I just never knew how we connected.

One fact drew me into researching in earnest. My mum mentioned one day that we were connected to the last man hung in Crumlin Road Prison in Belfast. Wow such scandal and literally a skeleton in the cupboard. So I set out to find out who this ancestor was. I did not have a computer back then and so information and facts were thin on the ground. It was not until I got a computer and was able to search on the internet that I found out that the last man hung in the prison was Robert McGladdery. It was only when I researched the tree more that I found out that in fact our family connection was not tothe last man hung but the 3rd last man hung Harold Courtney. He was my 1st cousin 2 x removed. Hung for the Murder of Minnie Reid. I was able to find lots of information online and picked up several books about the hanging. Newspaper reports were fantastic as I found a photograph of him.

Tell us about your involvement with genetic genealogy
When I hit the infamous brick walls in my tree I turned to these new genetic tests to see if could help me fill in the blanks and answer some of my questions. In 2012 I took a mtDNA test and I had my brother take a Y-DNA test with Ancestry. It did not tell me much at all apart from the halogroups to which we belonged to but I was very interested in what genetic genealogy testing could provide me with and I wanted to know more.

In 2013 our Ballymena branch of the NIFHS discussed the idea of having Dr Maurice Gleeson an expert in Irish genetic genealogy give us a talk in Ballymena. We advertised our event and were amazed that so many turned up to hear about this relatively new concept which included the Autosomal DNA test that could help you find living relations. The event took place on the 30 April 2014. Maurice brought along FTDNA kits and we had over 50 people test at the event. A project was set up for the NIFHS in conjunction with the talk which has grown and grown with a membership of 362 to date.

My interest in the Autosomal DNA test has grown into an obsession of getting more and more family members to test when I can afford to. The introduction of phasing has been amazing and a great help. Having lost my Father prior to my interest in genetic DNA I have been able to create much of his DNA using ‘Lazarus’ in Gedmatch. Anyone can join our project who has had an ancestor born in Ulster. You do not have to be a member of the NIFHS to join the project.

What will you be talking about?
I will describe what the NIFHS stands for and where it covers. Its structure and how it works in practice. The benefits of being a member. Brief historical background to Ulster – Vikings, Gallowglass, Ulster Scots etc. Why did we add a DNA project and what difference has it made? Are different DNA profiles evident? What makes it different from other DNA projects in Ireland. Y-DNA will be discussed in brief with more focus on Autosomal DNA. I'll also discuss a few success stories.

Posted by Maurice Gleeson at 17:13