Congratulations to Ms Guy from Cork - she is the winner of our first Prize Draw for a Free DNA Test to be given out at the FTDNA stand at Back to Our Past.

If you are attending the event, be sure to enter for a chance of winning. The next Prize Draw will take place at 12 noon on Monday October 7th. Good luck!

Posted by Maurice Gleeson at 21:55 No comments: 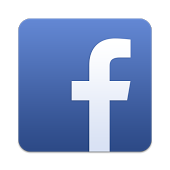 We've just set up a Facebook group to make it easier for you to ask your questions about DNA and how it can help with your own family tree research. The group is open to the general public and anyone can join.

The aim of this group is simple - to encourage people living in Ireland today to have a DNA test.

Six million people live in Ireland today and they hold in their DNA the answer that the 70 million people of the Irish diaspora are asking: where did my Irish ancestors come from?

DNA can be a very powerful tool indeed. It can confirm relationships you didn't know existed, it can break through the Brick Walls you hit in your own research, it can take your family tree back beyond 1800, it can even tell you to what Irish Clan you probably belonged.

And this is only the beginning for DNA - the science is moving so fast that the scientists are running to keep up. And that's where you come in ...

The more people living in Ireland who get tested, the more we will find out about our unique genetic heritage. 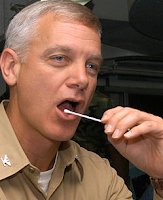 An army of genetic genealogists have volunteered to help. Giving of their own time, they have set up DNA projects to help you find out more about your genetic signature, discover the origins of your surname, and connect you with cousins you never knew you had. So help is out there and all you have to do is have a DNA test.

So get tested today!

The greatest book of Irish history is written in your DNA.

Any questions?
Are you living in Ireland? Do you have a question about DNA, and how it can help out with your family tree? Then join the Facebook group, post your queries, and get your answers.

There is a huge community of genetic genealogists, both at home and abroad, who are passionate about their calling and enthusiastic about helping. There are many experienced genetic genealogists with Irish expertise and you can benefit from their wisdom and passion simply by joining the group and asking a question. Someone is bound to know the answer!

If you are completely new to DNA testing and how it can help you, our introduction to DNA testing should help answer a few questions. And if you have further queries, then simply post them on our Facebook page.

You should also check out our new resources page which lists many free online resources that can help you with your research. You may find some that you were not aware of.

Want to have a DNA test?
Are you coming to the Back to Our Past event in October? If so, be sure to visit the FTDNA stand where you can get DNA tests at discounted prices.

And for some lucky people, a Free DNA Test is just around the corner. We're giving some away in the run-up to the Back to Our Past exhibition, and for other people there are free sponsored tests if you have a certain surname - check out the Free DNA Tests page for more details.

The more Irish people who test, the more we learn of our unique genetic heritage. 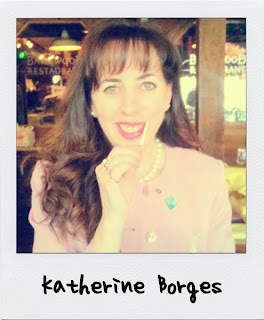 
Member - I am a member of Southern California Genealogical Society, Daughters of the American Revolution, and Colonial Dames of the XVII Century.

Day Job(s) - Director of ISOGG, President of the Salida Chamber of Commerce

Night Job - I co-founded and became Director of the International Society of Genetic Genealogy (ISOGG), which promotes and educates about genetic genealogy to over 8,000 members in 70 countries. We work to increase professional standards in the practice, research, and discussion of relevant issues in DNA testing, interpretation, and ethics. I now give many presentations on genetic genealogy to groups across the United States and the United Kingdom, as well as administering several surname, regional, and haplogroup DNA projects.

I learned about genetic genealogy from a speaker at a Daughters of the American Revolution meeting and became a DNA Project Administrator ten years ago this month! (Oct).

On Friday, I'm going to be talking about the importance of American DNA (and in particular Irish-American DNA) to the Irish public and how it can help you in your own family tree research. And then on Sunday, I'll be discussing the basics of DNA testing and helping people understand what test might be best for them to take.

Presented at Genetic Genealogy Ireland 2013 on Sunday 20th Oct 2013. Please note that these GGI2013 videos are copyrighted to the presenter and should only be used for personal study. They are not to be used for any other purpose without the presenters express permission. Also, please note that because this is a rapidly advancing field, the content may quickly become outdated.

Here Katherine discusses how Irish-American DNA can help break through the Brick Walls in the family trees of Irish people researching in Ireland today.

Presented at Genetic Genealogy Ireland 2013 on Friday 18th Oct 2013. Please note that these GGI2013 videos are copyrighted to the presenter and should only be used for personal study. They are not to be used for any other purpose without the presenters express permission. Also, please note that because this is a rapidly advancing field, the content may quickly become outdated.

These lectures were sponsored by FamilyTreeDNA and organised by ISOGG (International Society of Genetic Genealogy).

Posted by Maurice Gleeson at 13:55 No comments: 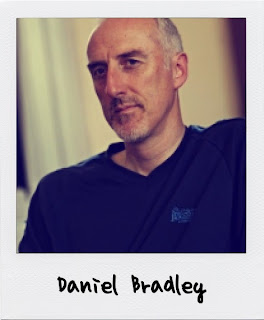 
Position - Dan holds a Personal Chair in the Smurfit Institute of Genetics, Trinity College Dublin, and has written or co-authored over 110 publications including many in premier journals (e.g. Science, PNAS, Nature) – see Publications below.

Involvement with genetic genealogy?
Dan has researched in the following areas:

So what will be the topic of the presentation at GGI2017?
It is now known from ancient genomic investigation that massive migrations were part of cultural transitions in European prehistory. It is interesting to discover if Ireland and Portugal underwent these massive migrations. This lecture explores the evidence for such migrations and discusses the implications of the results for understanding the origins of modern populations and the languages they speak.

This year, the four lectures on Friday afternoon (including Dan's lecture) were made possible by the kind support of CITIGEN, a HERA Project. CITIGEN is an international collaborative research project that looks at the uses of modern and ancient genomic data in shaping public understandings of the past and our individual and collective identities.

Previous presentations
Each year since the inception of Genetic Genealogy Ireland, Dan has spoken about the ground-breaking work of his lab on ancient genomes and the relevance of the research to anthropology, genetic genealogy, & the study of disease.

Many ancient Irish skeletons are currently undergoing ancient DNA analysis. They vary in age and some are up to 6000 years old. 2016 saw the publication of the first of several papers reporting on the analysis of four such skeletons which were found in Rathlin Island and Ballynahatty. Further research is ongoing and Dan returns annually to GGI to give us an update on his team's research.

Publications from the unit at TCD - http://www.gen.tcd.ie/molpopgen/publications.php