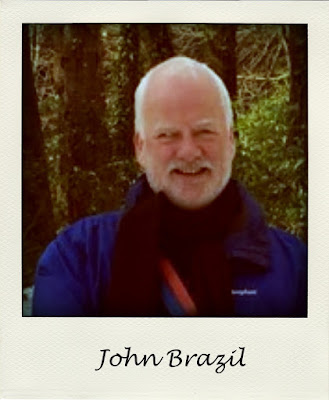 Presentation: Untangling a Tumbleweed Branch of the Y-DNA Tree

What do you do as a Night Job?
I am investigating the genetics of my own Brazil family and other Brazil families in Ireland. I am also an FTDNA Project co-administrator with a number of Y DNA haplogroup projects including R1b-CTS4466 Plus and RL21 4466&SouthIrish. I am especially interested in R-A151 and particularly my own R-A714 sub-branch, trying to identifying historical events that might explain their distribution and the various surnames associated with these branches.

How did you get into genealogy?
Having a relatively unusual surname I am repeatedly asked where it came from and usually encounter surprise when I reply it is a native Irish surname. Likewise my mother’s maiden name is unusual in Ireland. This eventually led me to investigate these names further and to try to determine where they came from and to determine the history associated with them.

Tell us about your involvement with genetic genealogy
My genealogy and historical research identified numerous Brazil families associated with different locations in Ireland. I turned to genetic genealogy in an effort to identify the relationships between these families and also to determine what other family names might be associated with my Y chromosome haplotype. Early on in my genetic genealogical research I became aware of close genetic paternal ‘cousins’ from the south east US with an apparently English surname but with an Irish genetic haplotype clearly of relatively recent origin.

What will you be talking about?
The genetic relationships between men who possess the Y chromosome R-A151 haplotype, the geographical distributions associated with this and its various sub-branches and historical events that may have contributed to this.

What is the relevance of this to Ireland & Irish genealogy?
The R-A151 haplotype is itself a sub-branch of the R1b-CTSS4466 haplotype, a haplotype that is closely associated with Munster in the south of Ireland. I'll discuss the genetic relationships between men possessing these haplotypes, their surnames and the locations reported for their Most Distant Known Ancestors and trying to identify historical events before and after the adoption of hereditary surnames that might have contributed to the social turbulence and geographical dislocation associated with this distribution.

To what surnames is this topic relevant?
Brazil (Wexford in Ireland), O’Connell (Kerry, Limerick and Clare in Ireland), MacAulay (of Lewis and Harris in Scotland), Thrasher and Davidson (US), Hill (US but also England and Sweden), Shinnick (Cork in Ireland) and Fox (in Tipperary in Ireland). And various surnames of Welsh and Scandinavian origin.

Where can people get more information about you and the work you do?
The R1b-CTS4466 Plus Y DNA Project at FamilyTreeDNA ... https://www.familytreedna.com/groups/r-1b-cts4466-plus/about/background

The R1b-CTS4466 Plus Haplogroup Forum on Yahoo.com is a restricted discussion group that people are welcome to apply to join ... https://groups.yahoo.com/neo/groups/R1b-CTS4466-Plus

A website focussing more specifically on the R-A151 haplotype and its sub-branches is currently under development and will hopefully be available within the coming months.

Posted by Maurice Gleeson at 09:49