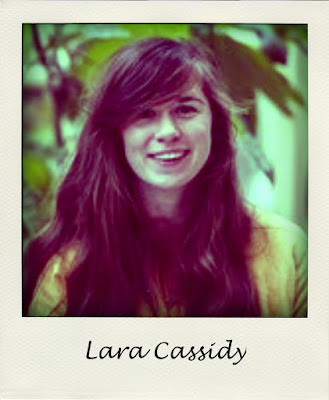 Talk Titles
1. Early Irelanders: who were they and what happened to them?
2.  The formation of the insular Atlantic genome: Over 4000 years of continuity on Europe’s northwest extreme?

What will be discussed?

Talk 1 - Ancient genomes from the Mesolithic and Neolithic periods can shed light on social organisation in prehistoric Ireland. We explore this here, alongside the contribution these groups made to the modern Irish.

Talk 2 - We explore the signals of genetic continuity (and discontinuity!) in Ireland from the Copper Age onwards using haplotypic data taken from both modern and ancient populations. Ancient data also allows us to trace the appearance and distribution of Y chromosome lineages through time on the island.

Lara developed an interest in biology and evolution from a young age through popular science books left lying around the house by her father. She went on to complete an undergraduate degree in Human Genetics at the Smurfit Institute of Genetics, Trinity College Dublin and finished with first-class honours.

She was subsequently awarded a postgraduate scholarship by the Irish Research Council to undertake a PhD in Palaeogenomics the Bradley Lab at the same institute. The main focus of this project was the sequencing of ancient human genomes from all periods of the island's prehistory to study past demography.

The first publication of this work (Cassidy et al. 2016) presented a new demographic scaffold for the island, proposing that at least three ancestrally distinct Irish populations have existed on the island, whose inhabitation corresponds closely to the Mesolithic, Neolithic and Chalcolithic/Early Bronze Age eras. Large scale migrations into the island are implied during the transitionary periods carrying with them ancestry ultimately derived from Anatolia and later the Russian steppe.

Lara completed her PhD last year and is now continuing on with her work on Irish human ancient genomics as a postdoctoral researcher in the Bradley lab.

Lara's thesis is available at the following link but access is embargoed until May 2020 - A Genomic Compendium of an Island: Documenting Continuity and Change across Irish Human Prehistory ... http://www.tara.tcd.ie/handle/2262/82960


Previous Presentation at GGI2018: A Genomic Compendium of an Island: Documenting Continuity and Change across Irish Human Prehistory

Lara discussed the findings of her recently completed thesis which assessed the genomes of 93 ancient skeletal remains across the island of Ireland. This analysis provided the most comprehensive analysis yet of prehistorical migrations into Ireland and how the arrival of these waves of new populations shaped who the people of Ireland are today.

Posted by Maurice Gleeson at 13:07