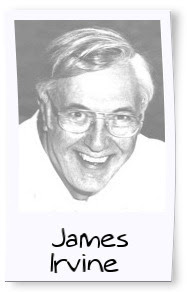 Background
I was born and live in the south of England but was brought up in Co.Down. After retiring from a career in the shipping industry in 2000 I have been able to indulge in my twin passions of genealogy and Orcadian history. I have self-published several books (including The Orkney Poll Taxes of the 1690s, Trace Your Orkney Ancestors, and The Breckness Estate), edited others (including a transcript of Sir George Mackenzie’s 1672 manuscript Scottish Families for the Scottish Record Society, HMS Hampshire: a Century of Myths and Mysteries Unravelled, and four volumes of The New Orkney Antiquarian Journal), and am now finalising a trilogy of books on genealogy – a biography of Dr.Christopher Irvin, the genealogy of Washington Irving, and the Irwin Surname and its origins.

How did you get into genealogy?
Picnicking on the Holywood Hills at the age of 17, I was inspired by a great aunt to explore my Ulster Scots maternal ancestry, and my discovery a few years later that my paternal ancestors came from the Orkney Islands led to an enduring interest in the origins of our surname.

What about your involvement with genetic genealogy?
In 2005 I was persuaded to help found the Clan Irwin Surname DNA Study, and have administered this project from its inception. We now have over 460 participants and a vastly better understanding of the many unrelated branches of our surname and their origins than has been possible hitherto. The largest branch of our surname has over 300 members, most of whom are Ulster Americans and all of whom descended from some unknown Irwin who probably lived in Dumfriesshire in the 14th century. This is probably the largest single-ancestor surname-era cluster of any surname DNA project. Thanks to over 100 of these Border Irwins having taken BigY or SNP Panel tests we have been able to develop and extend our surname haplotree so that it now overlaps some of our conventional Scottish, Irish and American pedigrees – a milestone in genetic genealogy (see www.clanirwin-dna.org). This in turn led to my interest in some of the wider issues arising, lecturing on my project at WDYTYA Live and GGI, contributing to the ISSOG Wiki website, and launching the ISOGG Study Group on GDPR.

So what will you be talking about at GGI2018 Dublin?
I first heard of GDPR a year ago, but quickly realised that it could have a major impact on FTDNA and their project admins. Drawing on my professional experience in international regulations and codes of practice, I founded the ISOGG Study Group on GDPR to lobby FTDNA and to draft the ISOGG Interim Guidance on GDPR for Project Admins. My talk will summarise these developments, summarise the rights of individual testees and obligations of project admins, and discuss the associated uncertainties and possible future developments.

What DNA tests will be discussed?
All genetic genealogy tests.

James's previous talks
GGI2018 Belfast: Y-DNA of a Scots-Irish Diaspora - I want to show local genealogists who may be unfamiliar with DNA testing how much their surname studies may benefit from this rapidly evolving aid. Surname DNA projects have moved on from the gimmicks of ethnicity and “fishing for cousins” to become a sophisticated tool for confirming and extending paternal ancestral lines and exploring the origins and development of surnames. With its large size and wide diaspora the Irwins show that many and varied lessons can be learnt from such projects.

Many of these lessons can be adapted to other surnames using DNA data that is already posted on-line but has not been exploited. I explore the strengths and weaknesses of y-STR testing and issues arising in cost-effective selection of the many single y-SNP tests, SNP Pack/panel tests and NGS tests now available. With a combination of diligence, intuition, peer guidance, genealogical awareness and luck rather than a sophisticated knowledge of biology or mathematics I show that 37 STR markers are often quite sufficient to identify genetic families/surname branches, and one or two SNP Panel tests can be a very cost-effective follow-up to take many testees to near the forefront of this exciting application of citizen science.

GGI2017: At GGI 2015 I addressed techniques for interpreting y-STR and y-SNP test data, using our Clan Irwin surname project as a case study. Since then the avalanche of SNPs from BigY test data and low-level SNP Pack tests has lead to major breakthroughs that enable some haplotrees to be merged with conventional genealogy pedigrees.

These developments have also shown that while STR tests are still excellent for identifying genetic groups (aka genetic families aka surname branches, that are not related to one another within the surname era), STR data is often unreliable and misleading for identifying sub-groups.

While SNP Pack tests are still less popular than 67 and 111 marker STR tests, I believe they should be more popular and will in time become so: they are much more reliable (no convergence), they don’t need a prediction tool to place them on a tree, and they are cheaper. SNPs may not yet be “today’s news” for surname projects, but they are certainly “tomorrow’s news”, and I predict 67 and 111 marker STR tests will soon become “yesterday’s news”!

It has also become apparent that while for some lucky men we can already merge their paternal pedigrees with their SNP haplotrees, others will be less fortunate, even after whole genome sequencing has become a commercial reality. I will explain why this is so, and how very high resolution STRs, autosomal tests, and conventional genealogical data may help to bridge the remaining gaps between terminal SNPs and pedigrees. This in turn suggests the opportunities for a much more radical, holistic approach to surname projects.

Posted by Maurice Gleeson at 12:21