Another successful year at Back to Our Past

This second year of Genetic Genealogy Ireland proved even more successful than the first, and a huge thank you has to go to FamilyTreeDNA for sponsoring the event yet again. Long may it continue!

Due to the foundations that we laid down last year, publicity & promotion around the event was both easier and more effective this year. The Facebook campaign advertising the regular blog posts on this website resulted in 12,000 hits in the 4 weeks prior to the event. Ireland was the country with the most traffic after the US, indicating that the target audience was being reached.

Back to Our Past is organised in conjunction with the Over 50’s Show and the Irish Coin & Stamp Fair – as a result BTOP benefits from people interested in attending all three shows in one. Although overall attendance at the show appeared to be down on last year, traffic to the FTDNA stand increased.

The triage system worked very well indeed. ISOGG volunteers would mill around the stand and engage people in conversation, educating them about DNA, and answering any questions. This kept customers at the stand, created a buzz around the area, and attracted more people. It also meant that by the time the customers sat down at the table to be swabbed, they knew exactly what they wanted and could be processed quickly - this streamlined system improved efficiency and turnover. 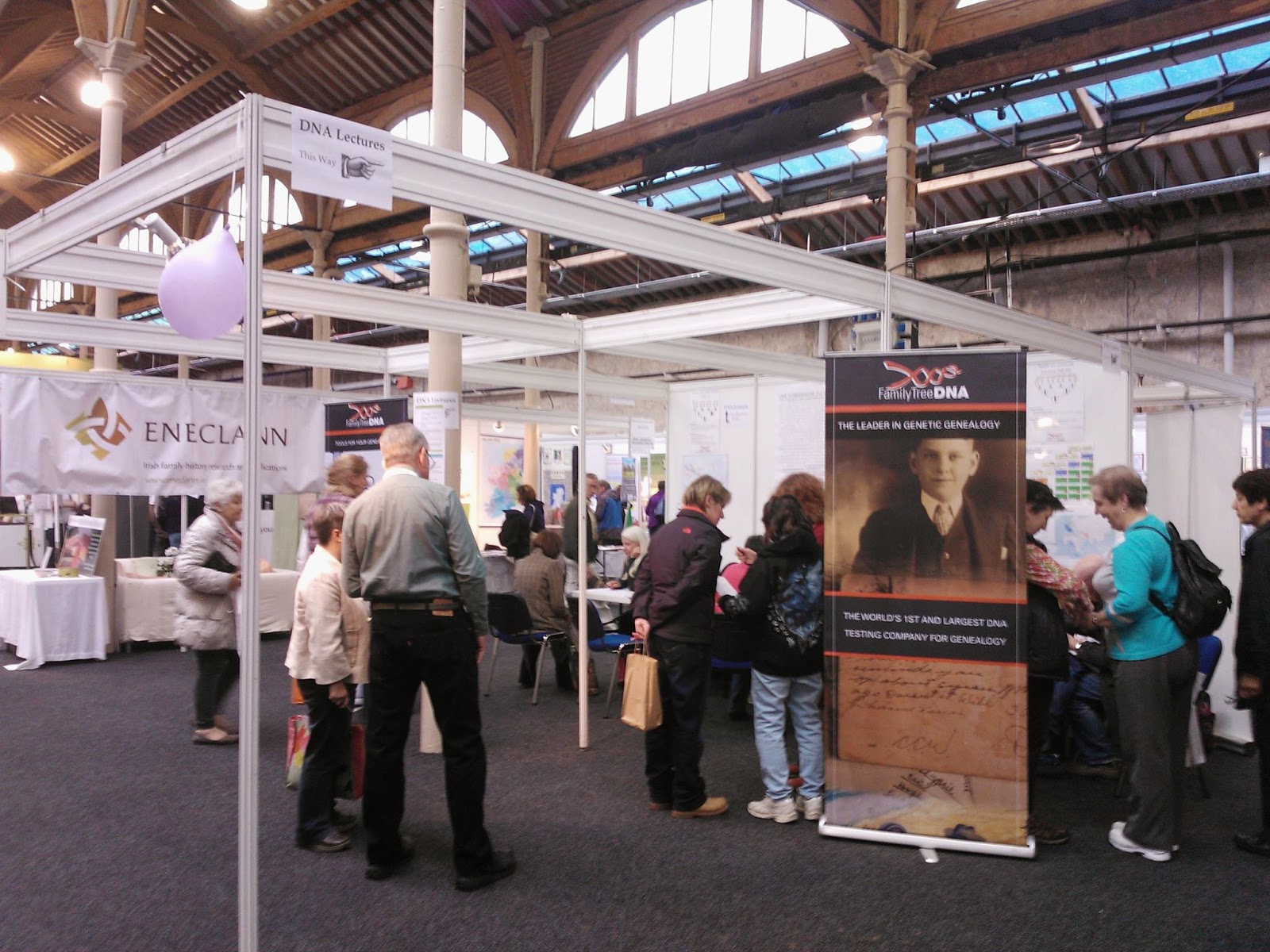 The stand was much improved on last year thanks to the addition of several posters on the basic aspects of DNA. These posters were well worth the investment - they attracted people to the stand, helped engage people in conversation, and generated discussion. They will remain in Dublin and can be used again for subsequent events. 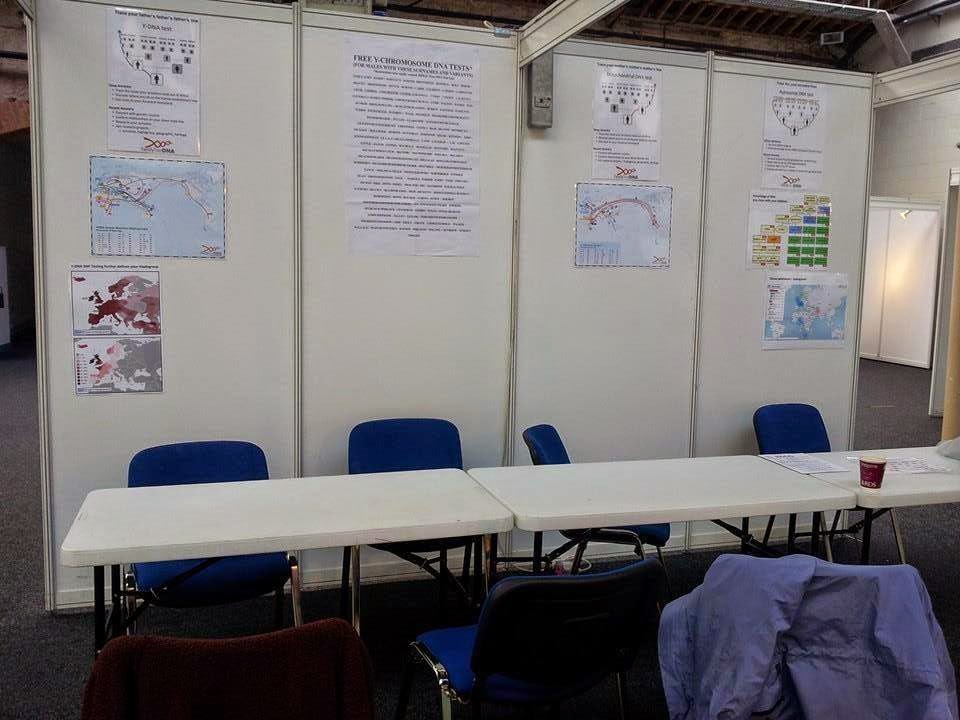 In total, 136 kits were sold over the 3 days of the event (approximately 40, 55, and 40 on Days 1, 2, and 3 respectively). This is up from 99 kits last year, an increase of 36%. The number of tests ordered also went up, from 113 to 148 (an increase of 32%). These figures are very similar to those from London when FTDNA first started attending Who Do You Think You Are back in 2009. Hopefully the number of customers testing in Dublin will continue to increase as they did in London (earlier this year 485 kits were sold at the WDYTYA event).

The choice of tests bought by customers was very similar to last year. The Family Finder test was again the most popular, accounting for just over half of all tests. Y-DNA came in second place accounting for 40%, with mtDNA accounting for 9%.

Both Debbie Kennett and Emily Aulicino had copies of their books for sale at the event and they all sold out – a further indication of the interest among the Irish in the use of DNA testing as an additional tool for Family Tree Research. Both Debbie and Emily have written excellent blog reports on the event and these can be seen by clicking on the links below.

Thanks again to FamilyTreeDNA for supporting the genetic genealogy community - without you, none of this would have happened! 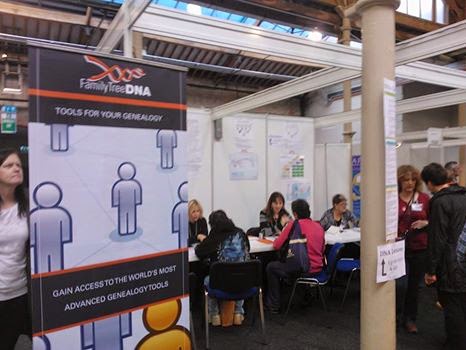 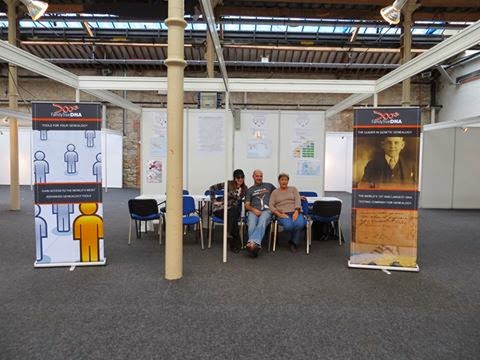 Posted by Maurice Gleeson at 18:28