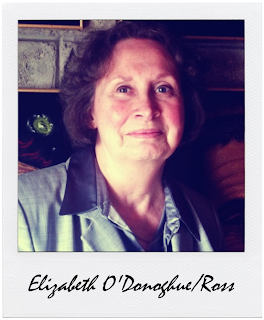 Tell us about yourself
You could describe me as the business manager/master printer/general factotum for my family of artists - Tighe O'Donoghue/Ross, Eoghan and D’Ana.  I am the Group Administrator of The O’Donoghue Society Y-DNA Project since April 2005, founder of the Munster Irish DNA Project with Nigel McCarthy and Finbar O Mahony in Jan 2012 (see Finbar's profile as well), founder of the R1b-CTS4466 Plus Haplogroup Project in Oct 2013, contributor to the Kerry Archaeological and Historical Society Kerry Magazine and Journal, The O’Donoghue Society Journal, the Irish Genealogical Society International Journal and occasional wolfhound breeder.

How did you get into genealogy?
I joined my husband in researching Irish and family history over forty years ago.  We returned to Ireland from the US with our family in 1986 and have continued that pursuit.  My own family have Welsh origins, emigrating to the US before the Civil War.

What about your involvement with genetic genealogy?
The O’Donoghue Society embarked upon a Y-DNA project in 2003, in which I became involved from the outset, accepting the role of Group Administrator two years later.  Researching the different tribes of O’Donoghues resulted in a particular focus on Munster, which is my husband’s heritage.  The understanding of any ofO’Donoghue history is inextricably entwined with the entire population of Munster,and I thought of formalizing a project devoted to increasing our knowledge of the genetic ancestry of this southern province.  Nigel McCarthy and Finbar O Mahony,whose families share a Munster Eóganacht heritage, agreed to join me and have helped make the project a fascinating study of ancient Irish heritage.  Initiating the R1b-CTS4466 Plus Project has expanded our understanding of the most populous haplotype found in the south of Ireland.

What will you be talking about?
The aims of the project and the discoveries to date:
To what surnames is this topic relevant?
All native Irish surnames found in Munster – the full list is available at our website

Where can people get more information about you or your topic?
Just click on any of the links below:

What DNA tests will you be discussing?
Mainly Y-DNA

Watch the presentation by Elizabeth, Nigel and Finbar here.

The Munster Irish DNA Project and the Men of Munster -- Who Are They?

Published on 31 Oct 2013
We are privileged to have three people presenting on one of the most elegant Geographic DNA Projects at FTDNA. The Munster Irish is a project that explores the genetic signatures of the men of the south of Ireland, the relationships that exist between the various Munster surnames, and whether the DNA evidence refutes or confirms the ancient genealogies of Munster. Please enjoy the excellent company of Elizabeth O'Donoghue/Ross, Nigel McCarthy, and Finbar O Mahony.

Presented at Genetic Genealogy Ireland 2013 on Sunday 20th Oct 2013. Please note that these GGI2013 videos are copyrighted to the presenter and should only be used for personal study. They are not to be used for any other purpose without the presenters express permission. Also, please note that because this is a rapidly advancing field, the content may quickly become outdated.

Posted by Maurice Gleeson at 18:26